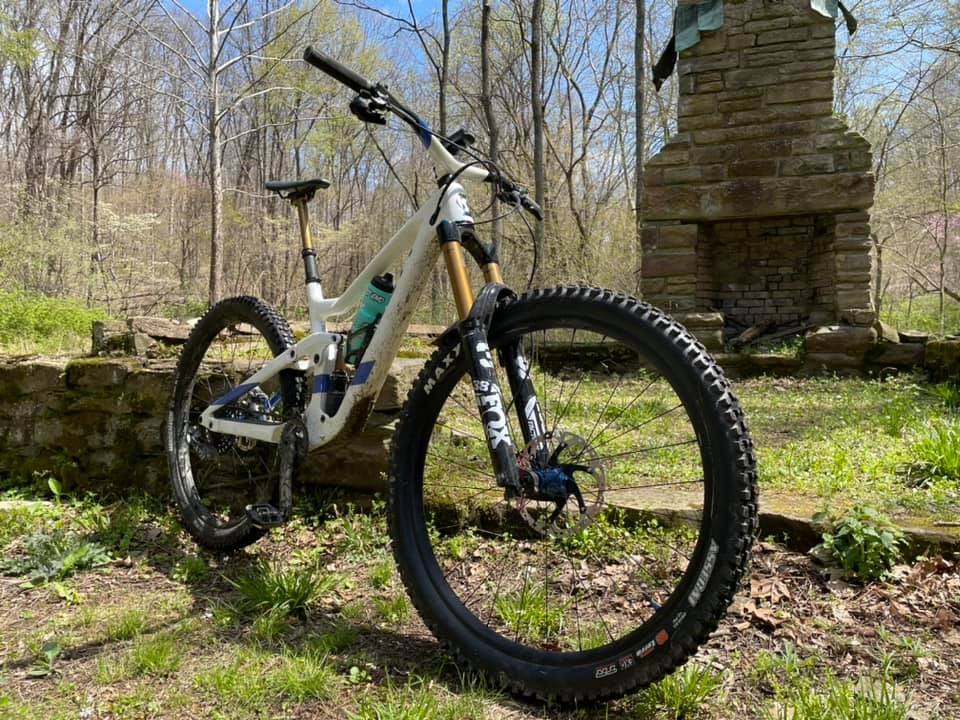 Is it too big to be a trail bike?

Driving home from Indiana to Michigan, I had a lot of time to reflect on the 4 1/2 days of single track riding on three different bikes. When I write these reviews I try to keep my personal riding style from dictating how the bike is represented and focus on how it handles a multitude of terrain.

Of the three bikes I took with me; Scott Ransom, Pivot Switchblade, and Pivot Trail 429, the Ransom is the biggest travel bike of them all at 170mm front and back. I’ll stay away from the build kit again with the exception of the rear shock as it’s an integral part of Scott’s Twinloc that separates them from other brands.

Twinloc is Scott’s proprietary bit of tech that changes the bike's suspension travel, spring curve, bottom bracket height, and frame geometry all with the flick of a switch on the left side of the handlebar. In the systems “Descend” setting the Ransom sits at 170mm of travel. Once “Traction Control” is activated the bikes travel is limited to 120mm. This isn’t the only change. The seat tube and head tube angles are steepened by 1.5°. Plus it increases the spring curve of the suspension making it more supportive under hard pedaling or climbing. One more click of the Twinloc and the suspension is locked out front and back, making road sections or smooth climbs super efficient.

The way Twinloc works is actually very simple and the mechanical controls aren’t much different then the manual controls found on most shocks and forks. There are some differences though. The Twinloc is a handlebar remote and it’s not just a lockout. When using “Traction Control” the rear shock is only running on its first air chamber, reducing air volume and thus reduces the sag of the shock, while maintaining the forks initial sag. This raises the bottom bracket, steepening the bikes geo by 1.5°. In short using Twinloc changes the bike from a 170mm Enduro bike into an 120mm Trail bike and back with the flip of a switch!

When climbing with the Ransom in 170, seated pedaling is really good but you will notice some power transfer loss. Standing to pedal it will be more exaggerated. It’s still better than some other bikes I’ve ridden with less travel. Hit the Twinloc and the bike changes to 120 and climbs noticeably easier. I’ll in fact use Twinloc rather than changing gears. (It’s that good!) Though it’s not the fastest climber of the three bikes, with its higher bottom bracket, it’s less likely to pedal strike or hit the chain ring on techy trails. Of the three bikes the 429 is the fastest climber, the Switchblade is the best technical climber over bigger terrain, but the Ransom was a very close 2nd. I would still pick the Ransom on bigger techy climbs like Harlow, Pine Knob or the Black and Double Black techy trails in Brown County due to it’s higher BB.

Cornering with the Ransom is fun! It’s less nimble than its little brother, the Scott Genius, but still can be tossed around and pushed deep into a corner with confidence. Bermed corners come easy even though this isn’t the Ransoms pure DNA. It’s responsive and easy to handle in tight twisty stuff though the slacker head angle can slow it down just a bit compared to the Switchblade. Where this bike really shines is high speed rough cornering over roots and rocks!

The Ransom is at home on the descents. Though on the flow trails it’s not as poppy as the Switchblade, on the rocky and rooty stuff it’s a step above. The chunkier the trail gets the more comfortable the Ransom is. It didn’t matter if it was walking pace over slow techy stuff or high speed straight line over big stuff, the Ransom gave me more confidence than any bike I’ve ridden before. I found myself clearing rock gardens and root patches like I was floating over them (at times I actually was). I was even in the top 10 for the year on multiple trail segments and even took the 2nd spot on one segment with the Ransom.

Who is this bike for?

If you are a trail rider that loves techy trails like Harlow, RAMBA and Pine Knob, want to race or just ride enduro style rides, live for Benson Grade, Copper Harbor shuttle days or lift service Bike park day’s, throw a leg over the Ransom and you’ll be in your glory!! If you are a rider that lacks confidence in rougher terrain but love trail riding the Ransom will give you the confidence you need but not punish you on the climbs or long rides.